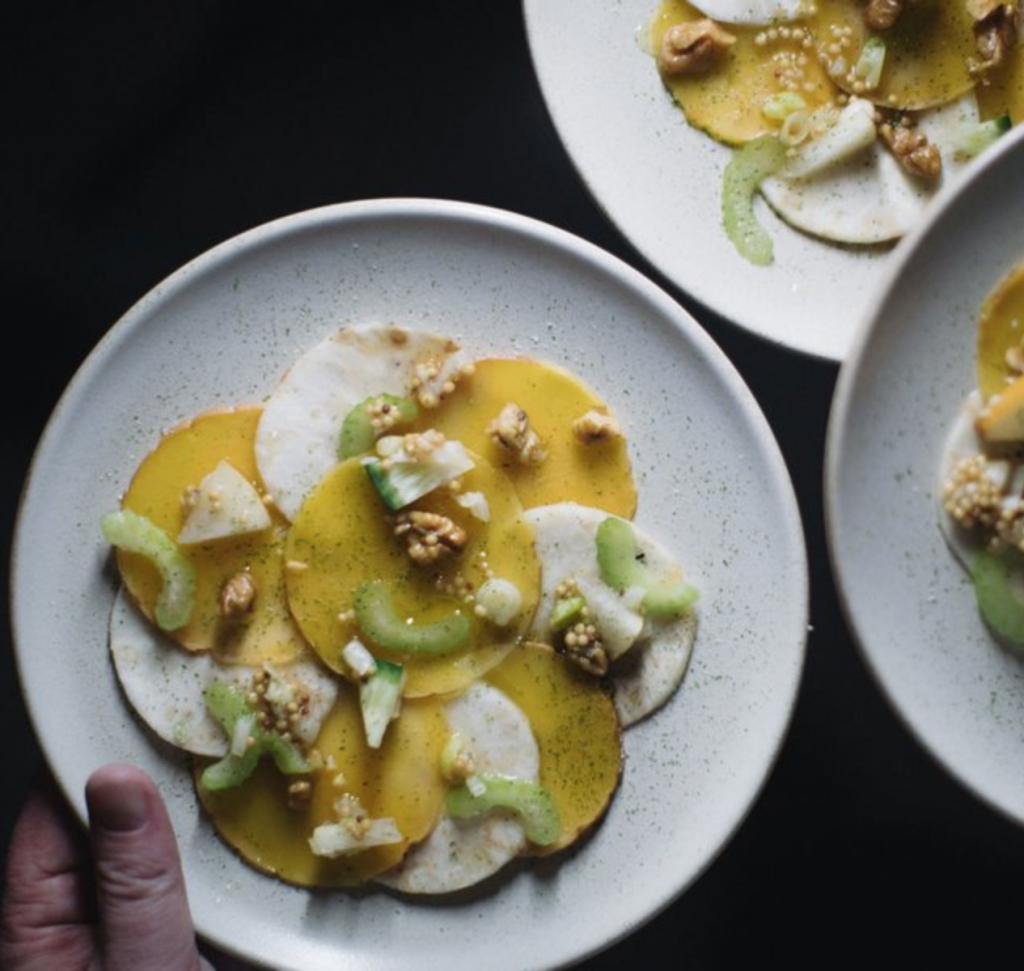 Samantha Kincaid, co-owner and pastry chef at Cadence. Kincaid, along with partners Jon Nodler and Michael Fry, are getting noticed for the bold dishes they’re making with local and seasonal ingredients. Right now on the menu, there’s venison tartare served with beet rye bread, smoked trout with everything spaetzle and tangy caramelized sour cream, and a cider shaved ice for dessert, using sake lees rice pudding and topped with chopped hazelnuts, just to name a few. Since opening the South Kensington BYOB last year, Brault’s malt has also made an appearance in both savory and sweet dishes.

Kincaid was first introduced to the malt house by her colleague at High Street on Market at the time, head baker Alex Bois. In those early days, Brault would send sample bags of malt, sparking the team to find new ways to use it.

“We would just snack on them, taste them for their different nuances, and decide which ones we wanted to play with more,” says Kincaid. So Bois used the products for baking—in smaller quantities, in High Street’s ancient grains bread, for example—while the pastry chef blended toasted malt into flour that she then added to tea cakes and streusel. She made batches of granola using Deer Creek malt and smoked malt flour, and steeped whole malted grains in milk to use as a base for malted ice cream. Now, Bois uses Deer Creek malt and flour in his pretzel shortbread and pretzel rolls, as well as most of his bread at Lost Bread Co., and the Cadence kitchen is finding new ways to use it, too. 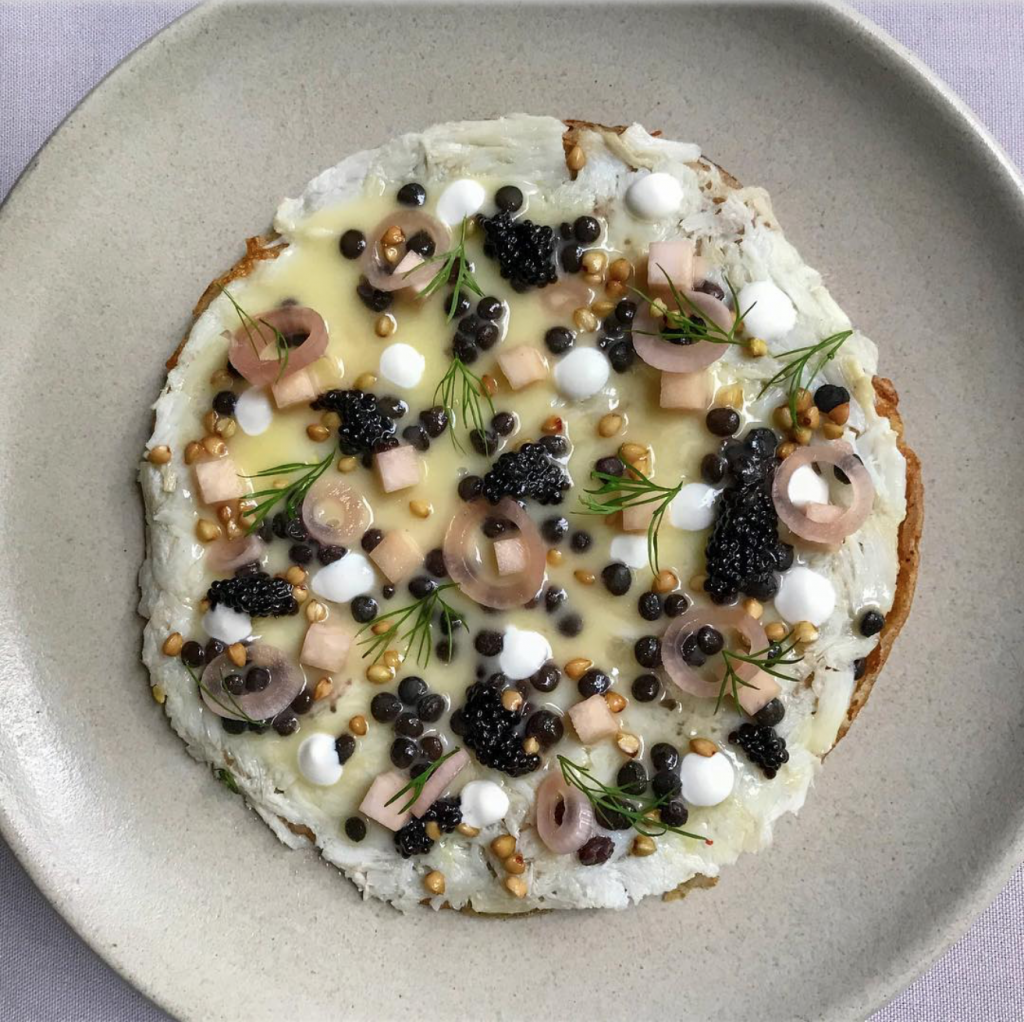 “The intensity in flavor contrasts with something more straightforward,” she says, like the chocolate tart with malted flour, which is something she calls “a classic, with a little bit of a edge to it.” For gluten-sensitive diners, Kincaid has experimented with Deer Creek’s non-traditional grain offerings, like malted buckwheat flour, and at the moment, the malthouse makes an appearance in a small bite in the four-course prix fixe menu—a smoked malt shortbread sandwich is filled with duck liver mousse (which is made with livers from Alina ducks—a byproduct of the beautiful, rustic entree, currently made with wood ear mushroom and sichuan.)

For his part, Brault says working with artisans like the team at Cadence drives him to continue innovating in a field that hasn’t seen this kind of attention in years. “Besides being incredible culinary talents and all around great people, they understand the value of local, high quality ingredients,” he says, adding, “they make me want to be a better supplier as their grain and malt needs and creative inspirations evolve.” Good news for Kincaid, Cadence, and the rest of Philly food and drink makers looking for stand-out local products.