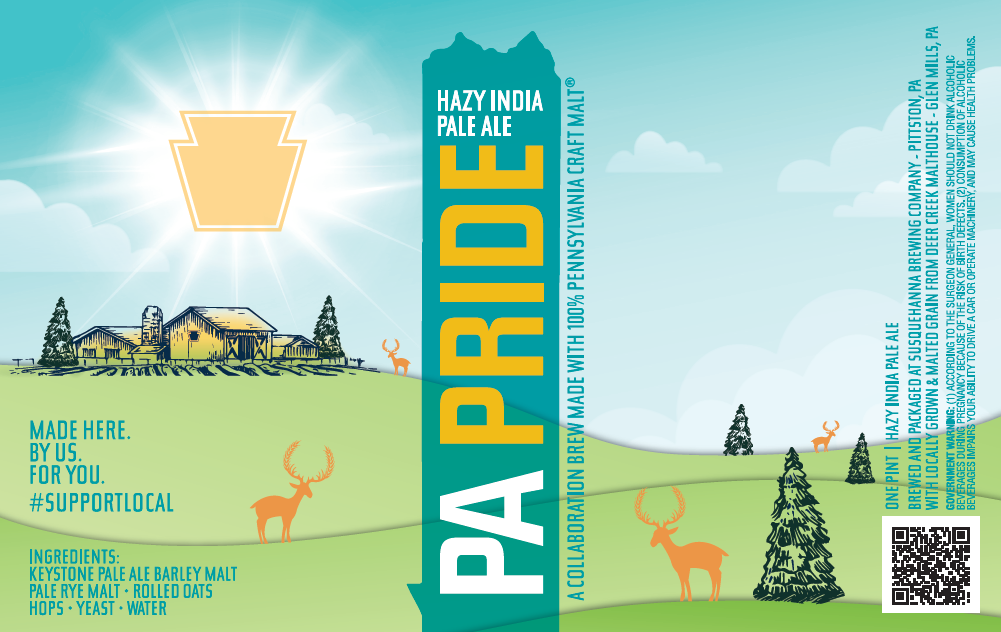 In a continued effort to link the Pennsylvania craft beer community with local agriculture, breweries throughout the Commonwealth are excited to announce the newest installment in the ongoing PA Pride series. The previous releases included:

The original “PA Pride” Hazy Pale Ale. Released in November 2020, the inaugural PA Pride brew was named after the love and pride we all share for the Keystone State. Showcasing 2-row barley and organic spelt grown right here in the Commonwealth, it was released statewide and inspired a following.

In May 2021 we brought you “PA Pride 3.0″ Kölsch. Borrowing methods from both top-fermented ales and cold-fermented lagers, this Kölsch-style ale featured Pilsner Malt made from Violetta barley plus Pale Spelt Malt, both cultivated in PA. Light and highly quaffable, it was a perfect fit for those balmy spring days.

You can find the brew through our online store, at our Deer Creek Malthouse Farmers Market table, along with at participating breweries’ locations. Check with breweries for availability: