Levante Brewing Takes Beer Back to the 18th Century – Phillymag

Levante Brewing Takes Beer Back to the 18th Century 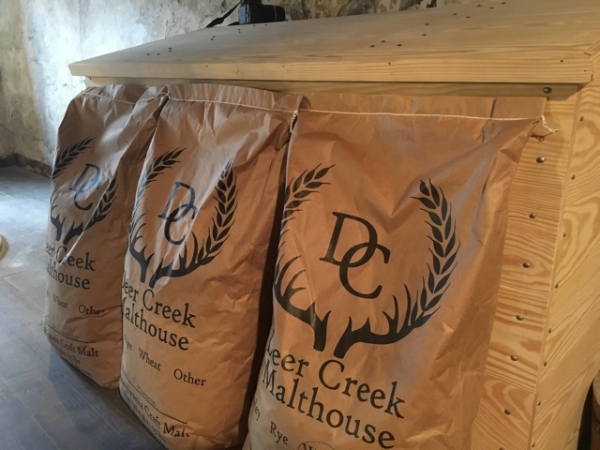 Now, I don’t visit many historical sites, but if I do, it’s usually because someone’s dragging me along. Or because there’s food involved. Or beer. So when Jim Adams from Levante Brewing contacted me to say that they’d be making an 18th century-inspired beer, and that doing so involved using a grist mill dating back to the 1700s, I was captivated.

They invited me to come along with them while they crushed the grains at the Newlin Grist Mill in Glenn Mills, PA. Of course I said yes—it isn’t often I get that kind of invitation (actually, this never happens).

So I took the drive over to the mill to meet with Tony Shahan and his crew at the Newlin Grist Mill.

The property is beautiful, with a fishing pond, a visitor’s center, and a big wood-and-stone millhouse. This is just what I saw; there’s also a whole park to explore, and several historical buildings probably worth taking a look at (even if there’s no beer there).

The mill was built in 1704 and operated continuously until 1941. After almost two decades of dormancy, the 9th generation descendant of the original builder bought the mill and restored it. Now, it’s overseen by a non-profit that was started in 1960 and is directed by Shahan–a man so passionate about his job that the excitement just radiates off of him. “It’s neat to find collaborators like this in the modern world…that the connections are still there.”