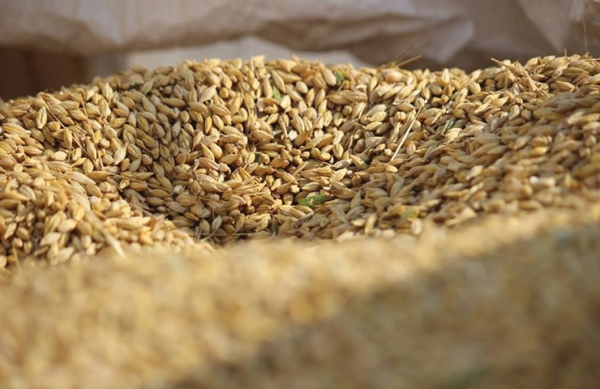 There’s a call from beer holding on line one. It’s asking for its malt back.

Maybe that’s not fair. It’s not like malt has gone anywhere. It’s still a crucial ingredient—the “backbone of beer”—especially noted in beer styles such as barleywines, bocks, brown ales, Vienna lagers, dunkels (dark lagers), ESBs (extra special bitter) and altbiers (German style brown ales). But if your primary recent exposure to the craft brewing world has been limited to occasionally perusing a few beer lists, you could be excused for thinking that big hoppy beers, or sour beers, or barrel-aged beers are the best, the most popular, the beer snobs’ faves. For the hop heads, there are beers bearing names like HopDevil, Hop-it, Hop Nosh, Hopsecutioner, Hop Hunter, Hopslam, Hop Stoopid, Pure Hoppiness and Hop Bomb.

So, whither the malt bomb?

Hop-tricity was explored in the April issue of County Lines when Tim Floros of Levante Brewing in West Chester wrote about the contribution and popularity of hops in today’s beers. Now he and two other area brewers—Brian O’Reilly, Brewmaster at Sly Fox, and Chris LaPierre of Iron Hill—weigh in on the also-compelling subject of malt through their own eyes as well as the palates of their customers. And to further your malt-ucation, I check in with local malt producers.

The open land west of Philadelphia is home to vast expanses of fertile farmland. It may come as no surprise, then, to see that local farmers and malt houses have increasingly been engaging the region’s brewers with eye-opening and inspiring partnerships.

Deer Creek Malthouse in Glen Mills opened in 2012 as the state’s first commercial malt house since Prohibition. Co-founder and former owner Josh Oliver talks with great pride of the work and relationships built through the last five years at Victory, Levante, La Cabra (in Berwyn), Free Will (in Perkasie) and many more. He says, “90% of the flavor in malted grains that see their way through to the finished product are from the work of the maltster.”

One of Levante’s most recent local malt brews—Earl of Newlin—is a Colonial tea beer that used Deer Creek farmed and malted grains milled at the 18th-century Newlin Grist Mill. Floros was excited about this project and adds, “the addition of Earl Gray tea and spices that were used in the Colonial era gave this beer a unique citrus flavor and aroma.” He expects Earl of Newlin to be on tap for a limited time this summer.

Bryan Kolesar, local to Chester County, has been writing about beer for over ten years and maintains a blog, BrewLounge.com. His book—Beer Lover’s Mid-Atlantic—is available online and in physical bookstores. It’s a complete 416-page guide to breweries, brewpubs, beer bars and homebrew of PA, NJ, MD and DE.