Q&A with the Chief Maltster 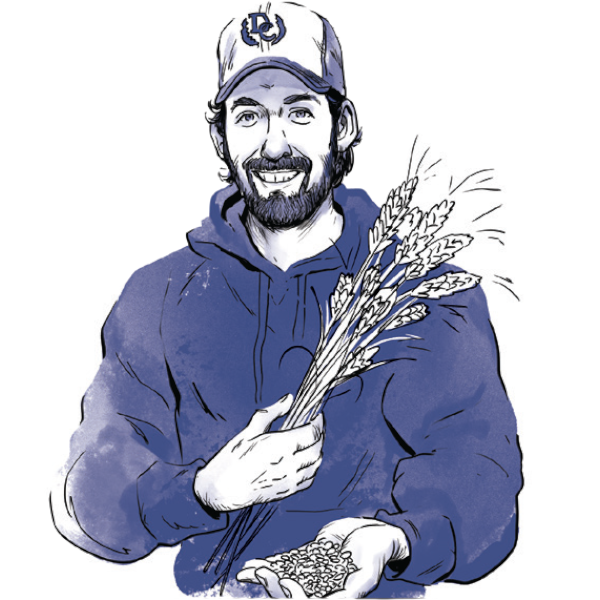 MALT IS … a grain that has been germinated, dried and cured. The process changes the physical and biochemical properties of the grain so it becomes a more functional ingredient for brewing, distilling and baking. It also adds color and flavor.  WE MAKE IT OUT OF … primarily barley, wheat and rye, but also other small grains—sorghum, buckwheat, oats, spelt, corn.  I BECAME A MALTSTER BECAUSE … I was interested in brewing and agriculture and I was trying to understand where the ingredients I was using were coming from. I realized quickly there wasn’t anyone making malt  in the region. It just seemed, intuitively, that there was something wrong with that.  YOU CAN FIND OUR MALT IN … baked goods from Lost Bread Co., High Street on Market and Cadence; local beer from Brewery ARS, Crime and Punishment Brewing Co. and 2nd Story Brewing; and liquors from Philadelphia Distilling and New Liberty Distillery. Shane Confectionery recently made a vegan white chocolate bar with refined malts, and they make malted milkshakes.  THIS YEAR, WE HOPE TO … make our ingredients more accessible to home bakers, home brewers, and fans of craft foods and beverages in general.