Alt Malt a Craft of its Own – philly.com

Alt Malt a Craft of its Own 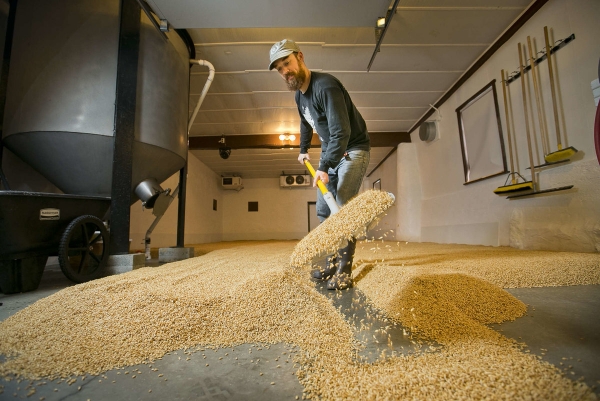 For all the popularity of local beers in the Philadelphia region, little is local about those brews beyond the labor it took to make them.

The barley malt could be from western Canada, the hops from Germany, and the yeast from England.

The Craft Brewers Conference last came to Philadelphia in 2005. About 1,200 attended then. In a sign of how much the nation’s beer culture has grown, more than 12,000 are expected this year, organizers said. As brewers launched during a boom 20 years ago steadily expand across the country, fledgling malt houses are setting a new regional tone.

But Mark Brault, majority owner of Deer Creek, said quality and flavor come before local origin in priorities for Deer Creek, which is based in a 19th century barn in Westtown Township.

“You don’t have a leg to stand on if you’re just trying to make something that’s local, said Brault, who left a supply-chain job at Merck to start Deer Creek with two partners in 2013.

The first challenge was finding farmers to grow barley for malting rather than cattle feed.

“You need to produce a different kind of grain that has lower protein, less disease, and plumper kernels,” said Gregory W. Roth, a professor of agronomy at Pennsylvania State University who has been helping Deer Creek and Double Eagle search for varieties that thrive here. To get the quality of barley needed for malt, farmers need to put more effort into the crop, such as applying fungicide, but there is a payoff, Roth said. The price for feed barley is $2.50 to $3 a bushel but $6 to $8 per bushel for malting barley, he said.

There are three core steps to the malting process.

After the grain is cleaned and sorted into roughly uniform kernel sizes, it steeps in three changes of water over a day and a half. Then it’s allowed to germinate for about four days. Germination activates enzymes that start breaking down the starch in the seed into sugars that would allow the plant to grow.

Transferring the grain to a kiln for drying stops germination, so the sugars are available to the brewing yeast, which consume them and leave alcohol behind.

Deer Creek, which started producing at its current location in October 2014, moves the grain from a steeping tank to a floor to germinate, and then to a kiln – made from a shipping container.